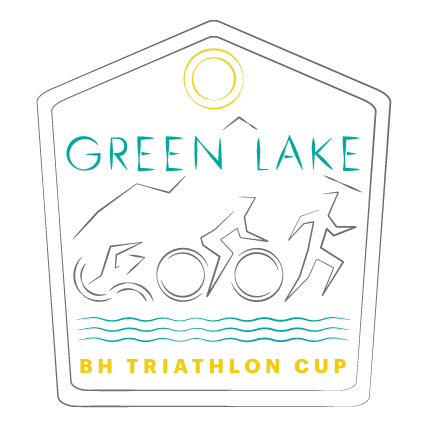 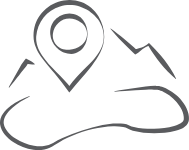 Zuko Džumhur one of the best Bosnian travel writers, painters and cartoonists, once laughingly asked a runner:

-You just keep running, God has allotted a number of steps for everyone, so you do hurry up and spend yours.

Konjic is the birthplace of Zuko Džumhur, a beautiful site, surrounded by mountains, between Bosnian green plains and Herzegovinian karst, enriched with lakes and untouched nature. An ideal location for spending the steps allotted to us. In the immediate vicinity of Jablaničko Lake and on its northern shore lies Lisičići, the host village of GREEN LAKE BH Triathlon Cup.

Jablaničko Lake is one of the biggest artificial lakes in Bosnia and Herzegovina. It stretches from the Jablanica dam to Konjic along the Rama and Neretvica rivers. It has very good conditions for development of sport fishing and water sports in general as well as tourism. In that very lake, many BH triathletes made their first swimming strokes and it has also become a preparation basis for many others. During the month of August, a traditional swimming meet organized by Lisičići Sports Association is held here. In 2019, we enriched it by another excellent sporting event – Sprint Triathlon. In 2020 we will introduce Aquathlon, Supersprint and Olympic distance triathlon.

Lisičići is known for a Neolithic archaeological site. The settlement, now submerged in water, was located on a terrace near the coast of the Neretva river. It was 150x100 meters in size. Its cultural layer is about one meter thick, which indicates a more permanent residence. The bottom layer contains dugouts with a common hearth in the square, common kilns and food containers, which all suggests that the residents of Lisičići had an elaborate infrastructure.

According to the archaeological findings, Neolithic settlers came to this area from a wider Mediterranean area and continued living under continental influence. They were farmers and cattle breeders. According to numerous animal bones, hunting was the most important occupation and main source of food. Archaeological findings confirm contacts between individual Neolithic groups. It was a time of closed family clans, with a peaceful life in closed rural settlements without war conflicts, an almost pacifistically peaceful way of life. This is confirmed by the excavations, since it has not been identified anywhere that a conqueror burnt a settlement. Each group lived a quiet life engaged in collecting goods for daily life, contacting and exchanging goods and experiences. Such peaceful development lasted until the end of the 3rd millennium BC.

Today, Lisičići is a village, with the best hosts in the area involved in the organization of GREEN LAKE BH Triathlon Cup with all the available capacities. The school stadium will be the transition zone and the bike route towards Buturović Polje is extremely beautiful, though challenging.

THE BRIDGE AS A SATISFACTION

Upon returning to the transition zone, the running portion continues opposite the bike route – towards and over „The Bridge of Satisfaction“. This charming bridge made of steel and concrete connecting the two shores of Jablaničko Lake from Čelebići to Lisičići was released in the summer of 2010. It is 528 meters long, 30 meters high and 9.70 meters wide. Strong and beautiful, a satisfaction to everyone affected by the construction of the Jablanica dam. It is a satisfaction to Ostrožac and Lisičići. It is a satisfaction to boys of Konjic who went to their girlfriends in Ostrožac. It is a satisfaction to triathletes, who will not only swim in the lake, ride their bikes by the lake, but also run over the lake and collect the most beautiful finisher medal, a symbol of courage, pride and a head held up high.

„Stećak“ is a type of medieval tombstones. The name is derived from the present participle of the verb „to stand“, i.e. “the standing one”. They were first made during the Middle Ages and depict life back than and they are mostly located in Bosnia and Herzegovina, but they can also be found in Southeastern Croatia, Southwestern Serbia and Northwestern Montenegro.

Back in 1960, Miroslav Krleža wrote about Stećak tombstones: „May Mrs. Europe forgive us, for she has no monuments of culture. Tribes of Incas in America have monuments; Egypt has the real monuments of culture. May Mrs. Europe forgive us, for it is only Bosnia that has monuments. Stećak. What is a stećak? It is the embodiment of a Bosnian highlander! And how is a Bosnian depicted on a stećak? He is standing upright. Raised his head, raised his hand! But nowhere, anywhere, never ever, has someone found a stećak where a Bosnian is kneeling and begging. The one where he is depicted as a captive“. Therefore, a stećak is the symbol of GREEN LAKE BH Triathlon Cup, of every triathlete that does not kneel – but swim, bike and run celebrating life. 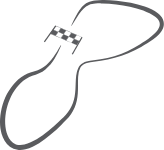 Triathlon is an athletic competition consisting of three different disciplines: swimming, biking and running. The popularity of triathlon has been growing worldwide and it is very popular with amateur athletes in Bosnia and Herzegovina. Some of the most beautiful triathlons in the world (Ironman in Zurich, Ironman in Frankfurt, beautiful Ironman 70.3 u Austria, etc.) are held on lakes. Bosnia and Herzegovina is a country of great but unexploited potentials, which have been waiting for GREEN LAKE BH Triathlon team all these years.

We expect a large number of competitors, volunteers and supporters. In addition to triathlons, we also plan races for children.

The name of GREEN LAKE BH Triathlon Cup has been chosen because we want to emphasize the environmental awareness of this project under the motto “Environmentally conscious” in order to raise awareness of the country regarding the protection of the natural environment who we belong to in every sense. 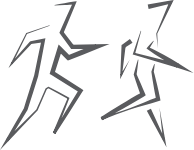 Within the GREEN LAKE BH Triathlon Cup weekend, 18 July 2020 will be dedicated to kids and kids races with a loooot of events kids will remember. They will also watch their parents, friends and acquaintanaces, who are their role models as contestants in the main event and whose footsteps they will follow sooner or later on a mission to build a better future for Bosnia and Herzegovina.

All details on Kids races will be available three months prior to the events at the latest.