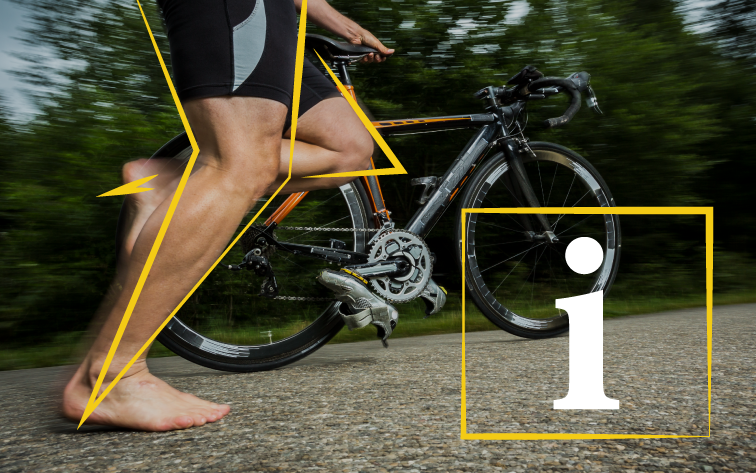 INVITATION TO THE RACES

We are honored to announce the second edition of the largest triathlon in Bosnia and Herzegovina, which rounded up over 160 athletes from nine countries in its first edition during August 2019. That day and that place was the first time when many of them experienced the magical world of triathlon, the world of three sports and bonded to it forever. It was the day that will be remembered by its beautiful energy, fair weather, excellent sport results and the awakening of triathlon in Bosnia and Herzegovina in the best way possible. We owe that to the organizational team, our hosts in Lisičići and Buturović Polje, the best volunteer team, but foremost to you, whose sole presence contributed to creating a story that will be told across the region as well as the world. The extraordinary first edition has obliged us to take a step further in the second one and offer more content not only to the athletes but to the audience as well and organize an even greater event in 2020, which is already eagerly expected. Therefore, there are 25 people in our organizational team, we have introduced several new disciplines and designed new programs, so, we are inviting you to join us and all together create another event to be remembered.

As in our first edition, we are going to have one thing in common – we dare to dream and make our dreams come true. Until the day of the triathlon, we wish you successful trainings without injuries. We are looking forward to getting together and remember – #DARETODREAM.

Exact schedules for all the events will be announced on social media and GREEN LAKE BH Triathlon Cup 2020 official website www.greenlaketriathlon.com, at least three months prior to the events. 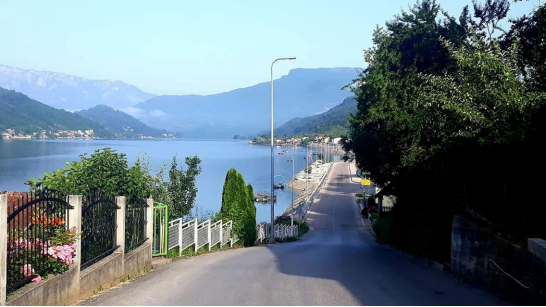 Association of Recreational Athletes „Trčanje i to“
Omera Dolovčića 5, 71000 Sarajevo, Bosnia and Herzegovina

The triathlon route will be closed to traffic during the entire set time limit. Contestants are obligated to ride their bikes on the right side of the road and run on the left side of the road because of the terrain configuration. Cyclists will be provided with the police motorcycle escort, and runners with the bicycle escort. We expect fair play from the athletes, and any unsportsmanlike conduct will receive a penalty and may even result in a disqualification.

Briefing and pasta party are for the athletes with accreditation cards and will be held at Athlete’s Lounge (venue will be announced later).

Registration and payment for all the races will be available only on the official website www.greenlaketriathlon.com.

Registrations will be open until 30 June 2020. After that date, there will be a possibility of late registration for all the races (80 BAM (40€) fee) a day before the main races on 18 July 2020. Registration fees are non-refundable.

ViMore details on Aquathlon, including the maps and prizes, will be officially announced at least three months before the event on the official website of GREEN LAKE BH Triathlon Cup 2020 www.greenlaketriathlon.com.

Due to signing a Declaration of participation and acceptance of personal responsibility, the starter kits can be picked up ONLY in person with an identification document. Parents of minor children will pick up the kits and sign a Participation statement for their children. Timing chips must be returned, and it will not be possible to retrieve the bike from the transition zone without them upon the completion of the triathlon. In case of loss of the chip, the person who lost will be charged 50 BAM (25 €).

The competition will be held in accordance with the ITU/ ETU rules.

ROUTE DESCRIPTION FOR ALL TRIATHLON RACES

The swimming portion will be held on Jablaničko Lake. The expected water temperature will be 27 oC (80.6 oF). All races begin with a Deep Water Start on the official referee’s start signal. On every triathlon race, women will start 3-5 minutes after men on the official referee’s start signal. All the athletes will swim counterclockwise around the course. The swimming portion will be one lap only in every race. 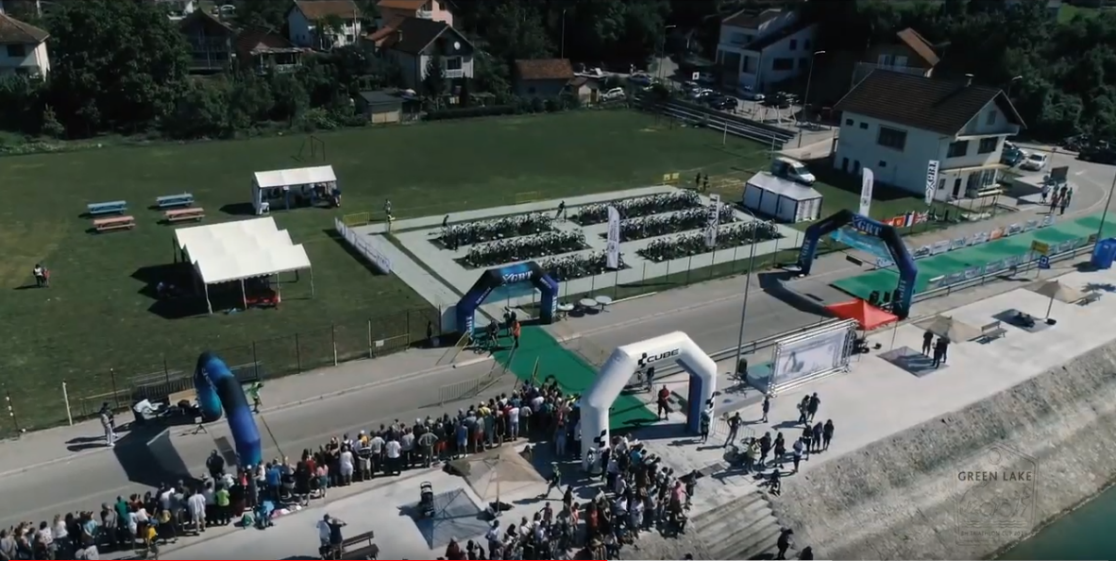 The entire road will be closed to traffic within a time frame of 5 hours from the moment competitors in the Olympic distance enter the water. An aid/water station is provided on two locations on the bike portion (every 5 kilometers as laps are made). Supersprint rides one lap, sprint two laps, and Olympic four laps (Lisičići – roundabout, junkyard).

Bikes will stay on the racks until the retrieving time after opening the transition zone upon the completion of all the races. Bikes can be retrieved only after timing chips are returned.

After exiting the transition zone to start the running portion, competitors are obliged to run on the left side of the road because of the terrain configuration. The Supersprint turn is at 1.25km, the Sprint at 2.5km, and competitors in the Olympic distance run two laps (twice turn at 2.5km).

PENALTY BOX – will be placed 50m from the finish line on the left side of the road.

Swimming is counterclockwise within the set buoys around the Supersprint buoys and back. 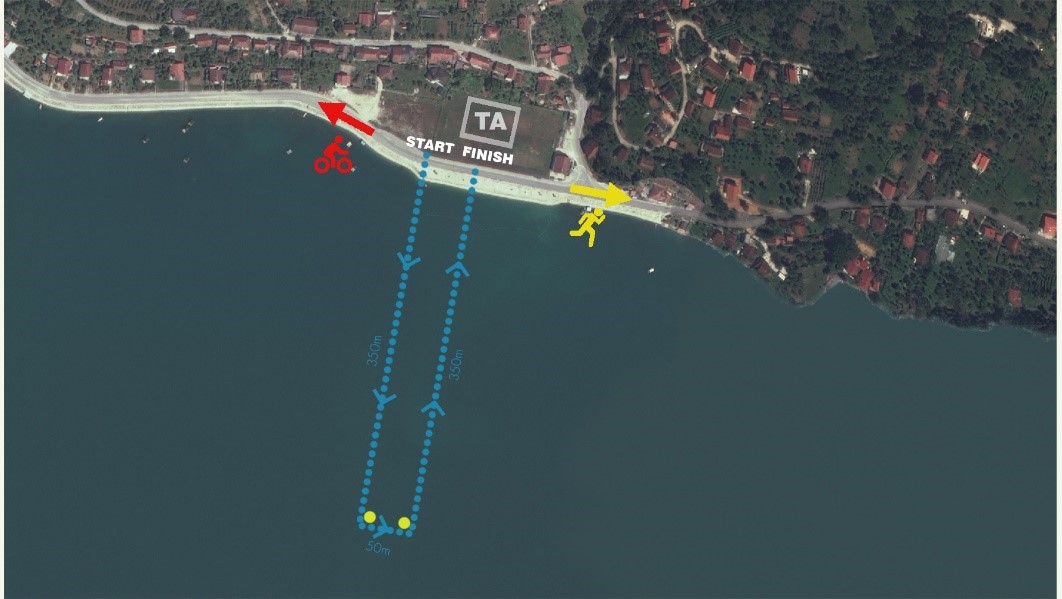 One bike lap to the roundabout (junkyard) and back. 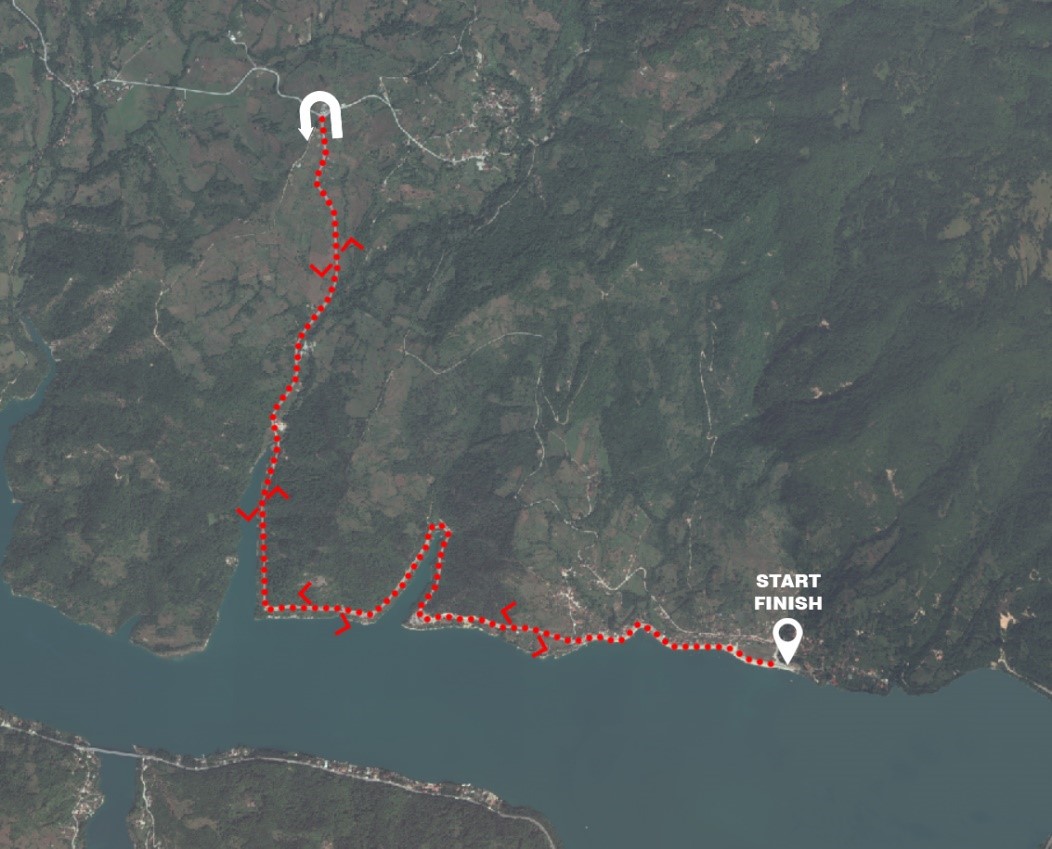 One lap to the turning point at 1.25km and back. 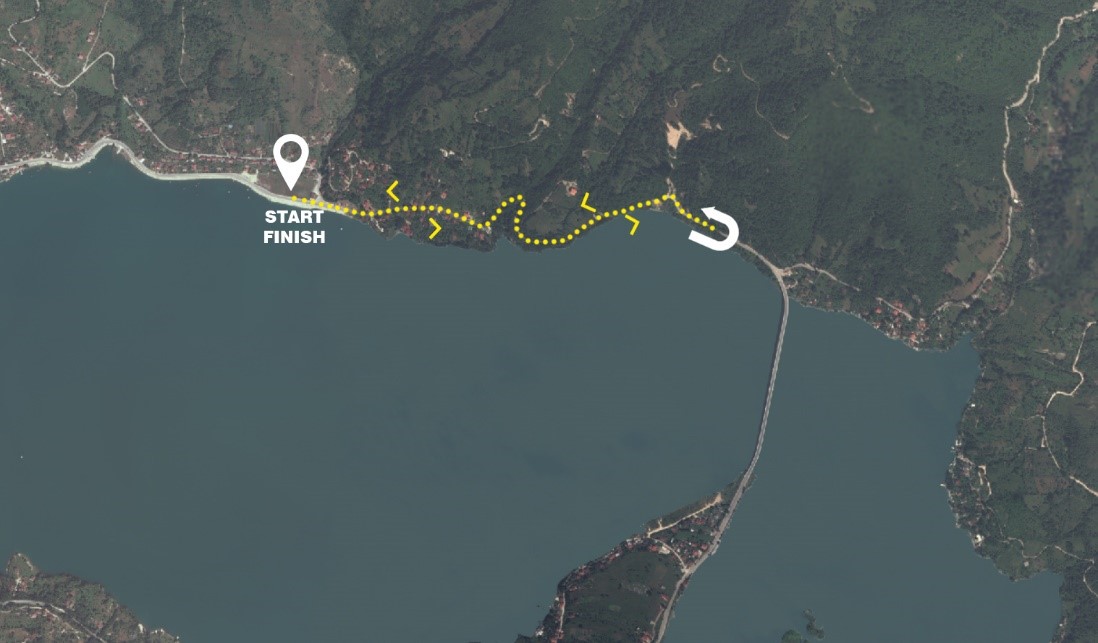 Swimming is counterclockwise on the outside of the set buoys around the Sprint buoys and back. 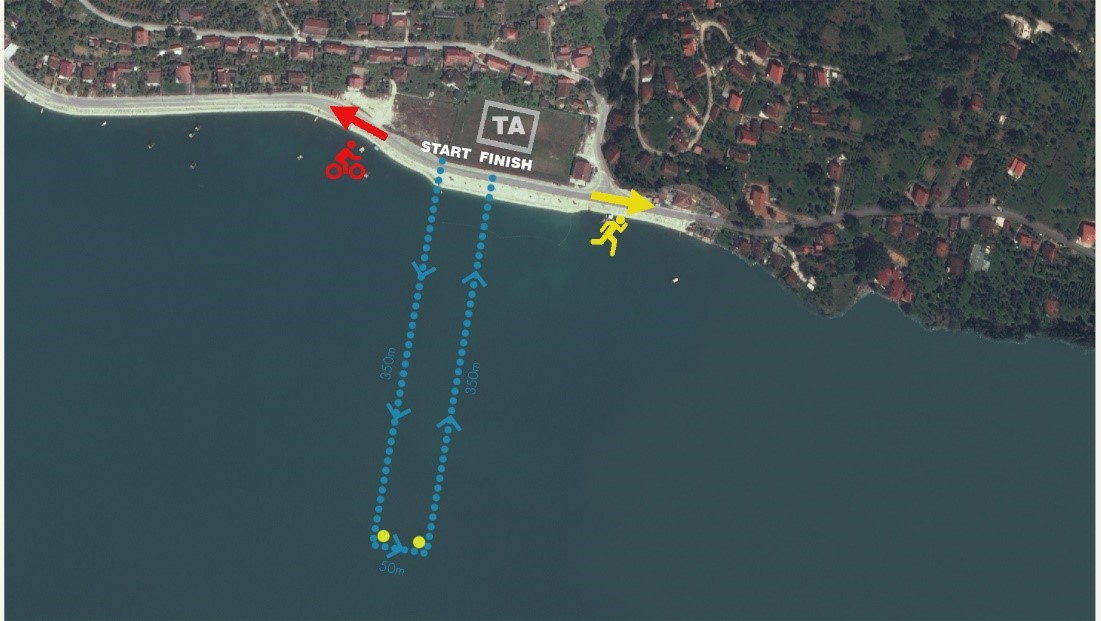 Two bike laps to the roundabout (junkyard) and back. 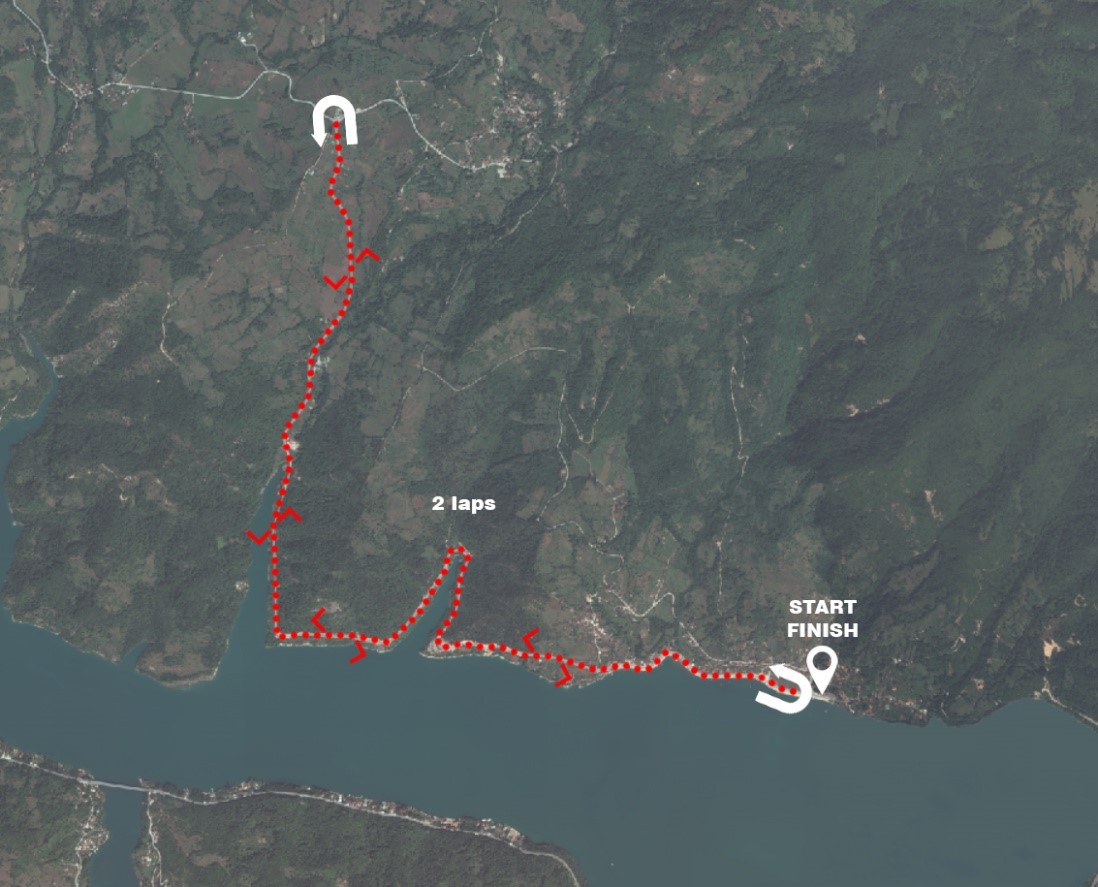 One 2.5 km running lap in one direction, over the bridge and back. 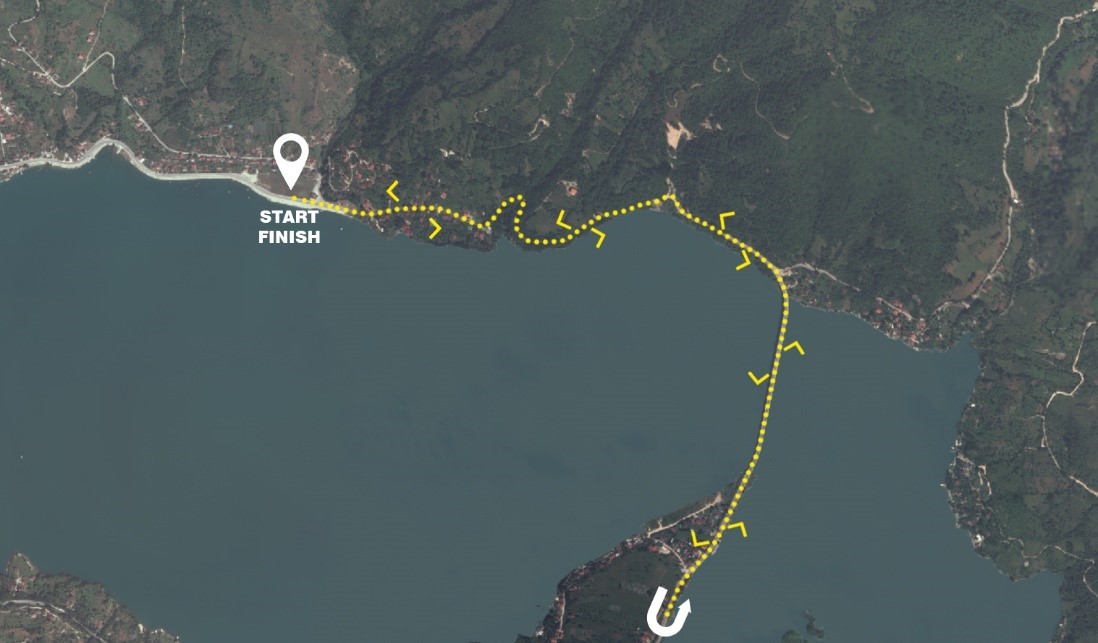 Triangle swimming route is counterclockwise around the Olympic distance buoys and back. 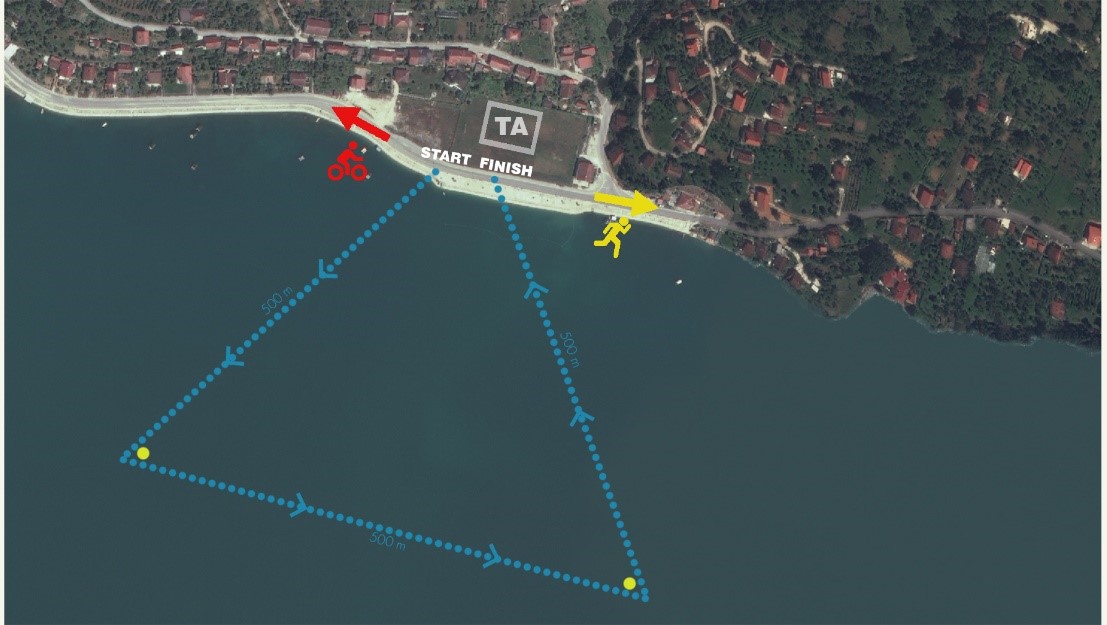 Four bike laps to the roundabout (junkyard) and back. 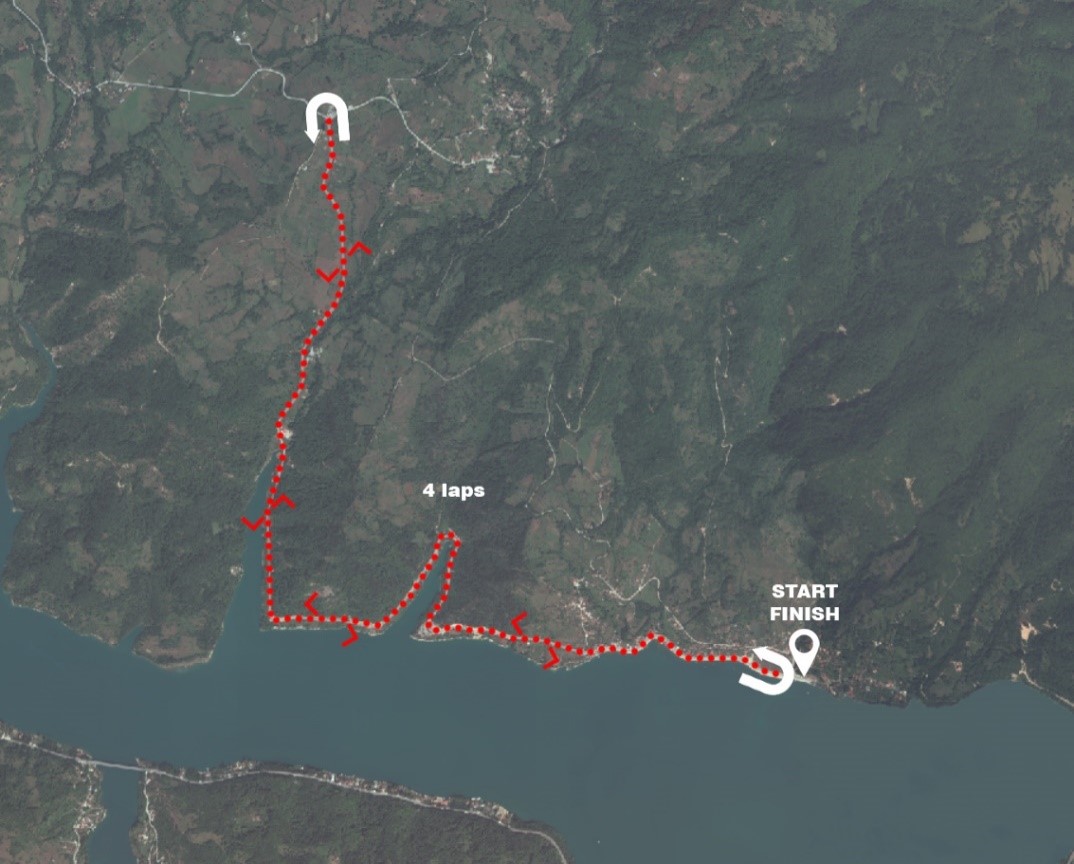 Two running laps in one direction, over the bridge and back. 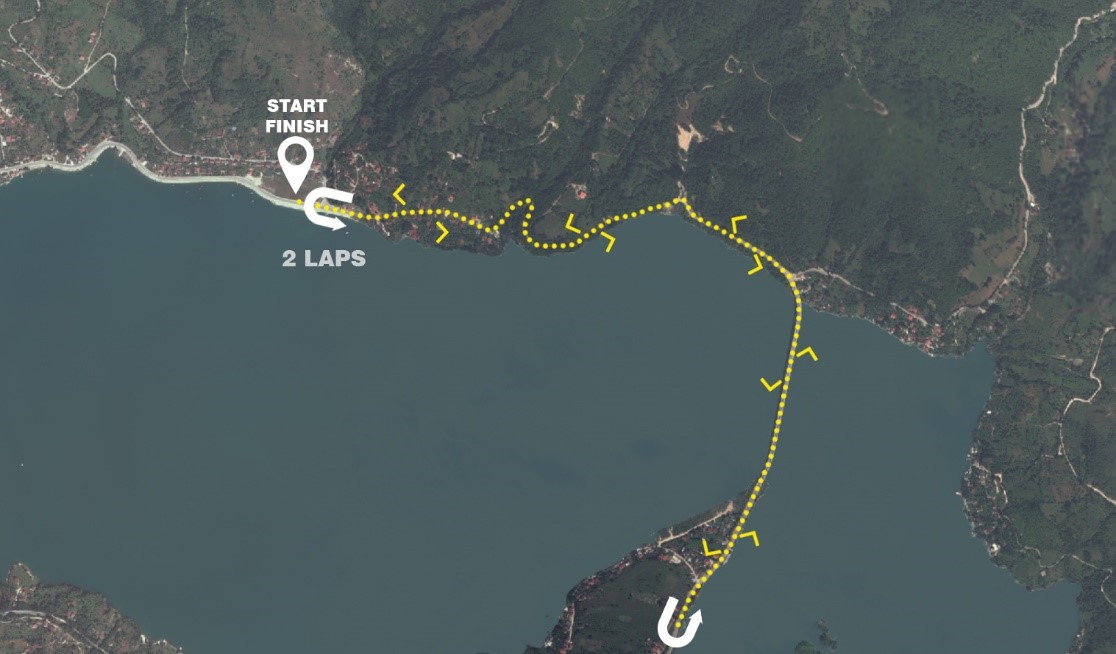 AWARDS FOR THE TRIATHLON DISTANCE COMPETITORS

The top three male and female finishers in all three triathlon disciplines in the general ranking will receive special prize money in addition to the cup and diploma. They are excluded from the ranking by age group category.

The top three male and female finishers in all three triathlon disciplines in the general ranking for competitors from Bosnia and Herzegovina will receive cups and special prizes. They are, also, excluded from the ranking by age group category.

The first top male and female finishers in all categories will receive diplomas.

For more information, follow us on our social networks where we will share all new organizational information with the hashtag #DARETODREAM. We will be happy to listen to your advice and suggestions as this is your competition as well.